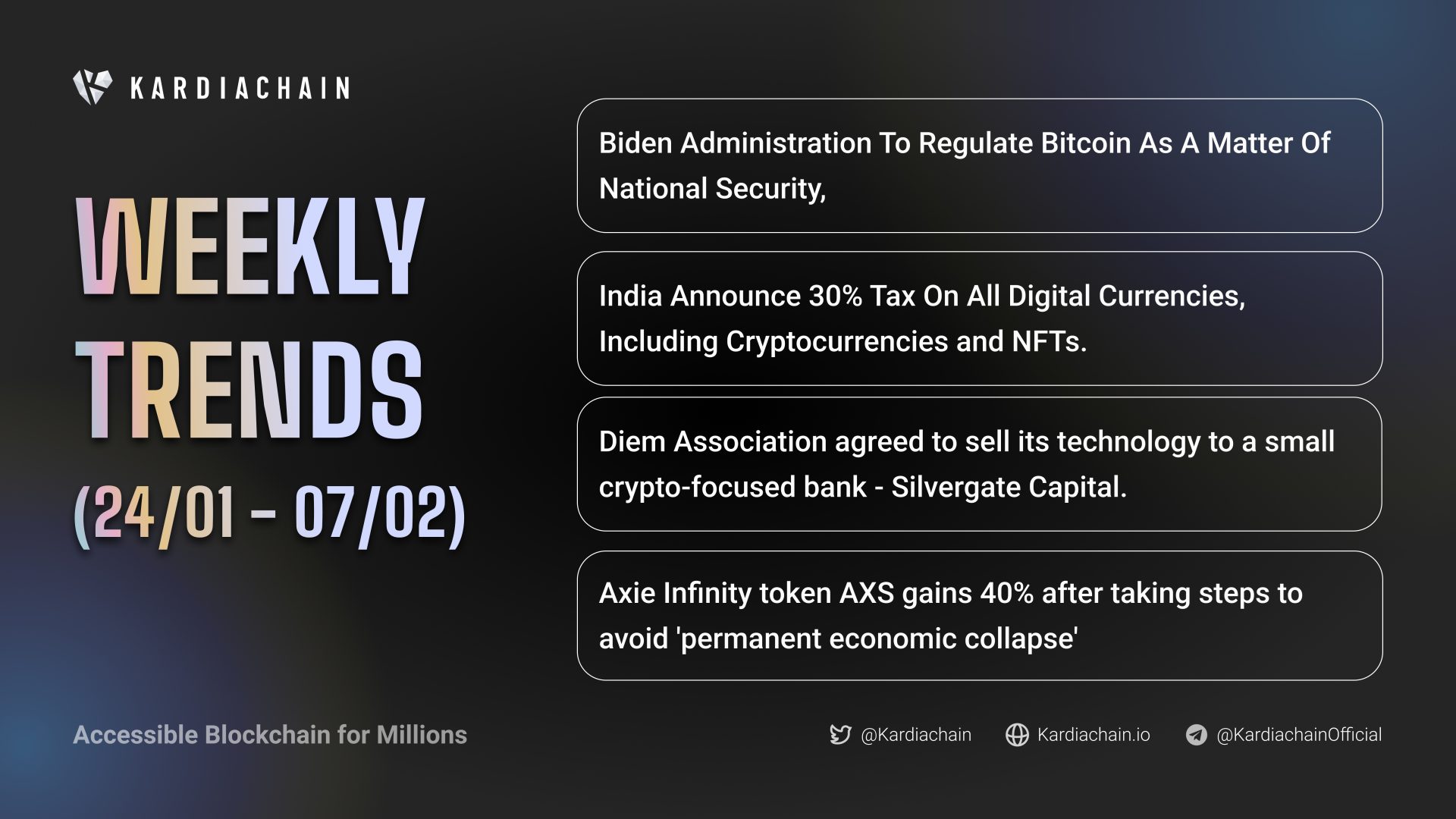 Australia’s CPI rose 1.3% in the last quarter of 2021, and 3.5% annually according to the Australian Bureau of Statistics. The underlying inflation rose 1.0% in the quarter and by 2.6% from a year earlier. (Underlying inflation is the rate of inflation that would be expected to eventually prevail in the absence of economic slack, supply shocks, idiosyncratic relative price changes, or other disturbances.)

In addition, Singapore said it will tighten its monetary policy by raising the rate of the Singapore dollar’s appreciation against a basket of currencies. Singapore's central bank projected 2022 core inflation to be at 2%-3%, compared with 1.0 - 2.0% estimated in October.

Fed Chairman Jerome Powell said in the Wednesday meeting (26/01) that the central bank was ready to raise interest rates at its March 15-16 meeting. Interest-rate futures traders largely expect Fed policymakers to raise the target range of the overnight borrowing rate between banks by a quarter-of-a-percentage point (to 0.25%). But they are also pricing in a 31% chance of a bigger, half-point rate hike. (The current overnight bank funding rate is 0.07%).

The regulatory efforts would reportedly involve the State Department, Treasury Department, National Economic Council, and Council of Economic Advisers, as well as the White House National Security Council as the administration gauges that cryptocurrencies have “economic implications for national security,”

The White House plans to work with other countries to regulate crypto since “Because digital assets don’t stay in one country,”

India has imposed a 30 per cent tax on any income from the transfer of virtual digital assets, including cryptocurrencies and NFTs, Union Finance Minister Nirmala Sitharaman said on Tuesday.

The move, announced during the national budget plan for the 2022-23 fiscal year, would bring virtual assets, including cryptocurrencies and non-fungible tokens (NFTs) under a tax net, allowing for no specific deductions or exemptions.

The crypto industry is having mixed sentiments after the finance minister announced a 30 percent tax on income from cryptos and other virtual assets. In a panel discussion held by Moneycontrol, the experts welcomed the move but raised a number of concerns on its impact on the industry.

Many argue that after years of speculation and discussions of a ban on cryptocurrencies, a clear tax regime is a step towards a more structured recognition for cryptos by the government. But, a 30 percent tax rate could discourage investors, especially new ones from dabbling in an asset class that is still struggling for wider acceptance among governments globally. Moreover, cryptos are now taxed on par with gains from speculative activities such as gambling, and lotteries, etc., putting the digital assets in the highest tax band.

The Diem Association has sold its intellectual property and other assets related to its payment network to Silvergate Capital Corp.

The effort, which was started by Facebook -- now Meta Platforms Inc. -- as a way to make payments and money transfers cheaper and faster, never got off the ground due to resistance from federal regulators, the association said in the statement. With the sale, the association will wind down, the statement said.

Meta is in trouble as its core social media platform Facebook lost about half a million users over the fourth quarter. That is the first decline for the company in its history. Facebook is facing strong competition from Tiktok despite its effort to clone Tiktok’s feature to Instagram, called Instagram Reels. However, Reels and Instagram Story features don’t make as much money as old Instagram features.

The wormhole network was exploited for 120k wETH. Hacker was able to mint wETH without depositing ETH as collateral on the Solana side of the bridge. The hacker then exchanged 93,750 wETH for Ethereum and changed the remainder for Solana, which they've left untouched in their Solana wallet.

Wormhole bridge is taken down for maintenance, and currently it is back to business. Wormhole has launched a bug bounty program of $10 million for hackers to return funds and offered $10 million for any information leading to the arrest and conviction of those responsible for the hack.

According to Twitter account David Mihal.eth, after a few weeks that Binance allowed direct withdrawal to Arbitrum, the ETH on Binance got drained in less than 20 hours. This suggests a massive demand to use L2s.

The price of the Axie Infinity (AXS) token has surged by nearly 40% in three days. AXS rallied to over $65, its best level in more than two weeks, as Axie Infinity revealed a revamped reward structure for its player-vs-player (PVP) competition round.

Axie Infinity is also removing daily quests and adventure modes, meaning players will now only earn SLP tokens through territory battles. This decision is expected to reduce the daily supply of SLP tokens by 56%. SLP is important because players burn it so old axes can breed new axes. So far, the Axie Infinity team has created more SLPs to reward players than burn through breeding. Unfortunately, this has led to higher SLP inflation, causing the token price to fall from a summer 2021 high of $0.4 to $0.008 on February 3rd.

As a result, Axie Infinity has eliminated the paths that generate more SLPs. The team notes that while the daily quest basically encourages people to play every day, it also increases the strain of the 45 million SLP supply being pushed into the Axie Infinity economy.