Charlie Nguyen and the decentralisation of filmmaking industry on Kardiachain

KardiaChain’s mass blockchain adoption has just taken a giant leap towards completion. We are delighted to announce that one of the most iconic Vietnamese movie directors, Charlie Nguyen, will launch his first blockchain venture, FAM Central, on KardiaChain.

Recently, the implementation of blockchain has spread widely at an unimaginable speed. Creative industries that have joined the blockchain application are fine art, music, and multimedia entertainment. Mentioned by reputable newspaper Tuoitre online in an exclusive featured article about Charlie, KardiaChain with the first NFT platform for artists was greatly embraced by many experts and the art enthusiasts community. Obviously, the prosperous movie industry does not want to be late to the party.

The ultimate idea of FAM Central is to give the audience and fan opportunities to accompany their favorite artists, actors/actresses in producing their work as a “fanvestor”. FAM Central aims to be an ecosystem that gives power to consumers by participating in the production process through the power of blockchain. “Fanvestors” will contribute to the filmmaking process by participating in the idea generation process with FAM Central, including visual direction, and plot and improve the final product with their own evaluation for the upcoming projects with FAM Central.

FAM Central is backed by the famous Vietnamese-American director, Charlie Nguyen. He has 20 years of experience in filmmaking and the founder of Chanh Phuong Production. Since 2004, Charlie Nguyen has directed and produced multiple Vietnamese smash hits with Hollywood standards like The Rebel (Dong Mau Anh Hung), Fool for Love (De Mai Tinh), Little Teo (Teo Em) and Jailbait (Em chua 18). With the success of these movies, Charlie Nguyen is one of the top-tier directors in Vietnam. He is also a successful screenwriter and theater art director.

In the Film Futuristic conference, he claimed that blockchain is the true measurement of the products’ reception before launching for the general public. The audience will also have both monetary and sentimental investments in the movie to eventually earn benefits and enjoy the products. Moreover, according to Charlie, young creators and indie productions can realise their dream of making movies through the FAM Central project with fans and patrons as their company along the journey.

Experts in both blockchain and entertainment fields have praised the application of blockchain into the movie industry.

“When artists create their work through blockchain, they can gain turnovers not once, but twice, even thrice…”

With KardiaChain as the exclusive technology partner, our blockchain infrastructure will enable blockchain and tokenisation for FAM Central. For “fanvestors,” KardiaChain will be the platform for all fans to invest in their favorite upcoming movies to be a part of the production process and earn perks for being a patron. Furthermore, KardiaChain’s NFT platform would help fans collect digital merchandise, autographs from the film crew, and even a one-and-only NFT of the movie itself, all verified by the Kardia Labs experts.

The fact that KardiaChain is chosen to be the exclusive technology partner for such a promising project means we have gained a lot of respect and trust from many business sectors and influencing members of society. This has strengthened the foundation of blockchain in the perception of the mass population, which is fundamental to achieve true adoption with daily blockchain usage among the community.

News article in Vietnamese about the launch of FAM Central – Film Futuristic: 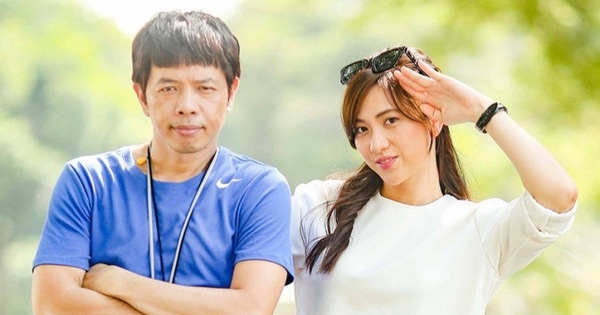 How was your experience?